First of all, let me say this; I really liked the latest film of Superman’s exploits, ‘Man of Steel‘. Some bits were rather strange and, as is common with Zack Snyder, the fight scenes really went on for far too long, but I walked out feeling happy and satisfied for having seen it.

However, I also walked out with some complaints that I proceeded to discuss with my (male) friends. I’ll get into the others at some point down the line, but for now I’ll stick with my first one:

‘How was Lara able to a) conceive, carry and give birth naturally, given that she’s the result of thousands of years worth of selective and genetically engineered breeding via mechanical means and b) manage to do all of that without anyone noticing?‘

My (male) friends were naturally somewhat surprised that this was what I was most curious about, so I hastened to explain: I believed that, since organic reproduction was a barbaric thing of the past, and a relatively distant past at that, Kryptonians would have been genetically engineered to no longer possess the ability to procreate naturally. After all, it’s made pretty clear that reproducing naturally is kind of against the law by now in any case. So sure, they’d have the hormones in order to ensure physical development up to a certain point, and be able to have sex and love it, but neither male sperm nor female eggs would be viable.

“In fact,” I said as I hopped up onto a small wall and walked along it, “Kryptonian females would no longer have fertility cycles or a uterus at all, or whatever their equivalent is, since if natural child bearing was fully obsolete and, as we saw, even illegal, I know most human women would delight in not having to put up with menstruation without resorting to pills or operations.”

(This is, of course, a generalisation, not to mention rather more elaborate than what I really said at the time – but I’ve always rather resented the fact that my body punishes me roughly every month for not getting pregnant by redecorating via excessive cramps and a lot of blood. There, I said it.) 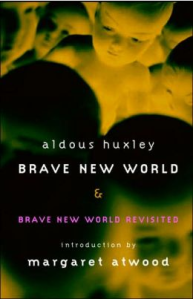 “Well, they are scientists,” one friend put in. “They probably did something sciency. Maybe they grew a womb for her or something.” 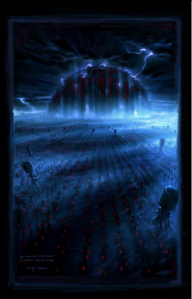 …Touche. Although why she had to give birth in that huge gown – other than for censorship reasons – I have no clue.

But this, in turn, led me to ponder about the fact that one of the reasons Kal-El is such a special child, and destined to redeem Krypton and all that, is because he is born naturally without any genetic enhancements. Which is fair enough in the context of the story…sort of – we do see how generally corrupt and disintegrating Kryptonian society has become – but I find it curious how often science fiction portrays children being born outside the mother’s body, and with some changes made, as dystopian.

Because bottle born, specifically designed children do show up in a lot of dystopian settings. Brave New World was the trendsetter, although with various curious applications of alcohol to the embryos in place of genetic engineering.

The Matrix is set in a time where robots have taken over- yes, again – and most humans are slaves without even knowing it, grown rather than born in fetus fields before being taken to be connected into the titular Matrix. In the original Star Trek, Earth had suffered in the past from the Eugenics Wars, where genetically enhanced war lords – including a certain “KHAAAAAAAAAAAAAAAN!!!” – ruled over the unmodified populace. 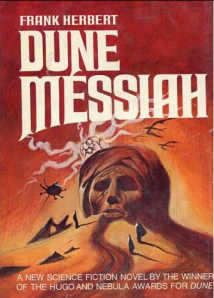 modified humans in ‘axolotl tanks’ – which, it turns out, are essentially all female Teilaxu children turned braindead and converted, by dint of technology, into living wombs. (Two birds with one stone!) Courtship Rite, set on a lost colony planet where cannibalism has become the norm for lack of anything else to eat, use artificial wombs to keep their birth rate high, then eat most of the kids.

Science fiction inevitably reflects the fears and concerns we have in the real world. And, lets face it, genetically modified crops are already a reality, as are GloFish, one of the first genetically modified animals to become available as a pet. Gene therapy, by use of genetically modified viruses, can combat diseases, and embryo screening can prevent pregnancies that would result in children being at risk from various diseases, or being born with certain debilitating conditions. Why not take a few steps further and design the child’s appearance, mental and physical abilities, their sexuality as well as their gender?

Is it any wonder that some people are worried, and have nightmares of dystopias – in which genetically enhanced children look down upon their naturally born forbears with contempt – dancing in their heads? 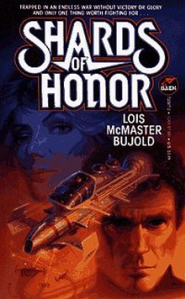 I can’t answer that. Instead, what about artificial wombs? Surely there can’t be anything wrong with finding alternate methods to carrying a child over nine months? I find I rather prefer the ‘tubing’ of the Honor Harrington universe, and the ‘uterine replicator’ of Lois McMaster’s epic Vorkosigan Saga, where genetically enhanced and ‘bottle born’ children are the norm. Yes, sometimes the system is abused, but much more often it’s a standard process that means the mother isn’t incapacitated for nine months, and neither mother nor child is in danger during gestation and birth. Shouldn’t couples be able to conceive a baby without having to resort to surrogate mothers, or IVF? Is there anything wrong with allowing women to not have to endure pregnancy if their health isn’t up to it – or even if they’d rather not endure the discomfort and danger of carrying their child.

(Interestingly, Bujold has this to say about her creation:

I’m very interested in the impact of biotechnology on the way people live. The most obvious ongoing thing being the Uterine Replicator, the idea of extra-uterine gestation of human beings — and anything else you wanted to do with it — which is, I think, a technology which is perfectly possible and will come. It’s an interesting technology because it totally changes women’s lives, and yet doesn’t make that much difference to guys, which is why I think it doesn’t turn up in science fiction written by men very much … I think 99 percent of women’s lib comes from technology making different kinds of lives possible, and then the social adjustment follows the technology, it doesn’t precede it. The complaints may precede it, but the change follows. So I think that women who are anti-technology are not as in touch with reality as they ought to be.

Lois McMaster Bujold: Crime Scenes Tend to Be Book-Free Zones, BY GEEK’S GUIDE TO THE GALAXY, 12.12.12)

So, as Jor-El and Lara returned to basics and popped out their naturally conceived, naturally born, unmodified and future all American son, I still couldn’t help but think that, if I were Lara, I would at least have nicked a birthing pod rather than having to go through labour in a huge and encumbering dress. An un-tampered with kid might be all very well to you, but spare me labour without an apparent epidural. Or really any labour at all.